Vinda Topped the Sales Ranking with a Strong Start in the 11.11 Shopping Spree 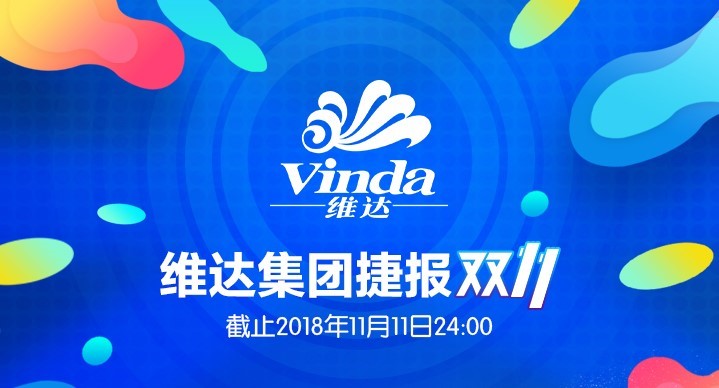 In the 2018 “11.11” marketing campaign, Vinda Group with its four major product categories, i.e. tissue, incontinence care, baby care and feminine care, and solidly topped the sales ranking in various e-commerce platforms. Thanks to fans-based operation strategy and Uni marketing, Vinda tissue brand won a great triumph again with no.1 sales in various major e-commerce platforms. The high-end tissue brand Tempo’s performance was satisfying as it has set a new record for the same period in 2017 in only 7.5 hours after the kickoff.

The gratifying transaction volume revealed Vinda Group’s thought about how to encourage old customers to attract new customers, build up long-term value connection with them and to guarantee harvest of transaction in the long run.

Vinda Group sought undervalued opportunities of marketing actively. It has designed a series of interesting and high-nutrient social ideas, and has been proceeding with fans-based operation. The number of fans of all product categories in all platforms sharply increased to more than 10 million. In the “11.11” shopping event, each merchant in various platforms strived to optimize people, goods and fields to enhance the efficiency of consumers operation and accumulate and activate fans for its own brand and to generate sales volume effectively. Meanwhile, Vinda brand continued to focus on and endeavored to enhancing consumer experience by opening links between different segments, including manufacturing, sale, supply chain and services.

From 9 to 11 November, Vinda’s pop-up shop showed its “resilience” in Xingkong Square (星空广场) in Shanghai with the theme of “Vinda’s Recommended Good Things in 11.11 (维达双11，俪荐好物). The shop has made itself become a 11.11 hit place by displaying prize claws, cotton candy modelling and paper towel DIY experience. In this activity, celebrity in Douyin (抖音) showed up in the shop to increase online fans traffic by giving a live broadcast. The “resilience” bus passed by a number of crowded large business districts such as Jing’an Temple and Xujiahui, and the advertisement featured with “resilience” covered 60 metro interchange stations with a vast number of passengers one week earlier. Through these efforts, the Group hoped to reach out to the offline groups overwhelmingly. 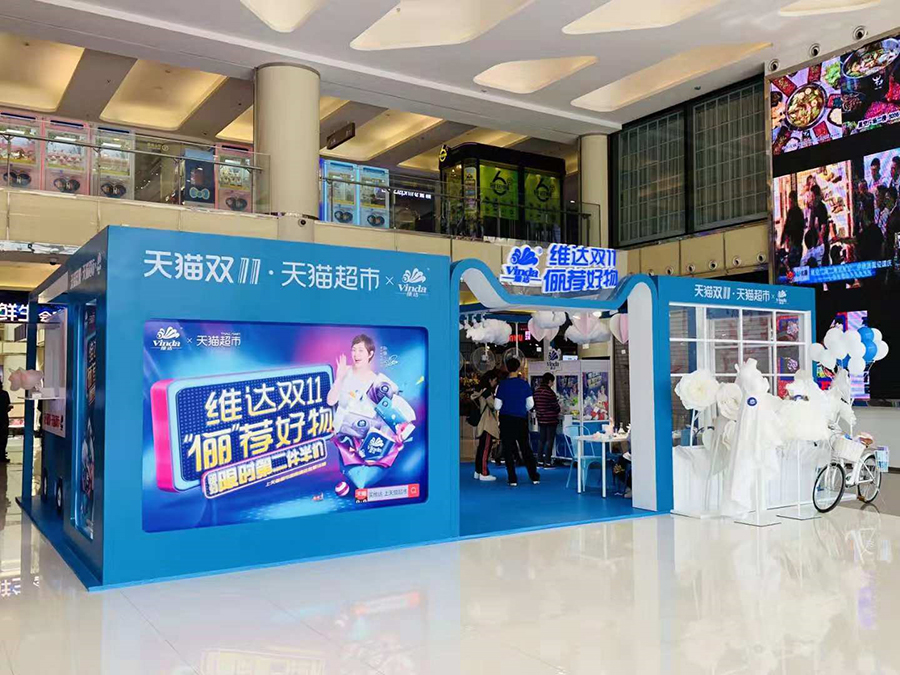 Tempo, the high-end tissue brand from Germany, shared the same ideas with HEYTEA, and the two together launched a limited quantity of handkerchief paper, box tissue and gift boxes, which have been implanted Einstein IP. A series of interaction activities, including various KOLs in Weibo and WeChat, on-site promotion contents and Tmall live broadcast, were carried out to attract traffic into the flagship stores. From 7 to 9 November, Tempo joined hands with HEYTEA to launch the pop-up shops with the idea of time and space in Shenzhen to introduce the traffic from offline to online so as to boost the sales volume. Tempo also collaborate with Keep to ignite the enthusiasm of sports among the citizens. They designed a type of handkerchief paper which implanted their brand names and connected with sports scenes, achieving markedly traffic increase both on and off the website. 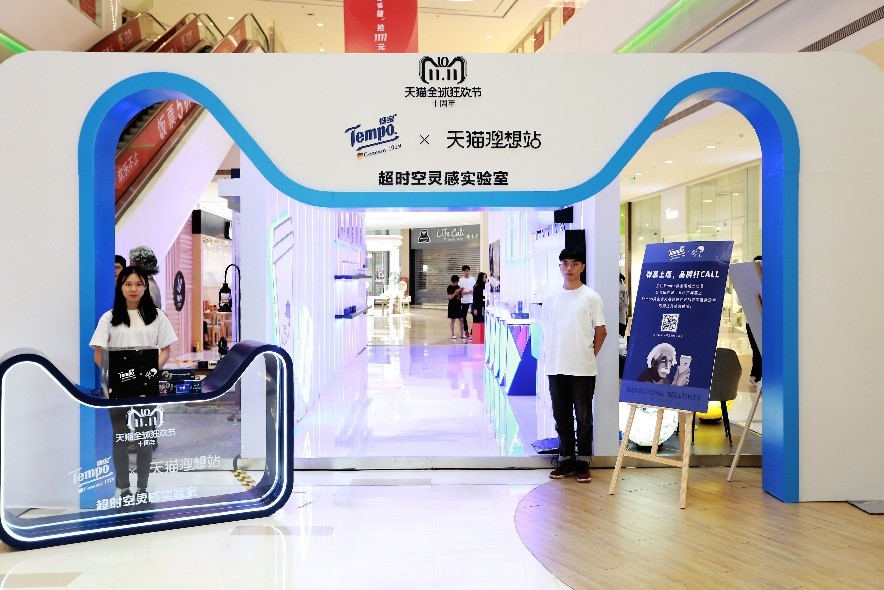 The leading AFHbrand in the world – Vinda Tork combined the on-site channel launch with the online promotion to provide unprecedented online purchasing experience for customers of commercial consumer goods, making it easy to get the professional commercial cleansing goods! 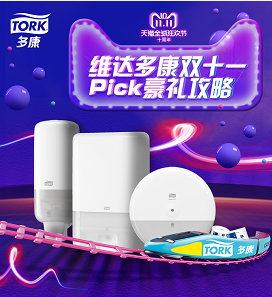 In the 11.11 event, VIA launched a new type of pant-type sanitary napkins as a new breakthrough. On the website, it combined the sleeping scene to widely display the high-quality promotion contents. Meanwhile, celebrities gave live broadcast to attract traffic. The accumulated views reached 1.76 million. VIA delivered advertisement in the lightboxes in Shanghai metro jointly with JD and the ambassador Tan Songyun (谭松韵), attracting 200,000 fans to participate in showing their purchased items and translating the traffic into transaction orders by launching flash sales on JD.COM. Meanwhile, Tan Songyun gave class on high-quality sleeping via Tmall supermarket live broadcast with the aim to enhance fans loyalty and encourage customers to purchase hit items on Tmall supermarket to meet Tan Songyun face to face, thus translating the traffic into sales on Tmall supermarket. 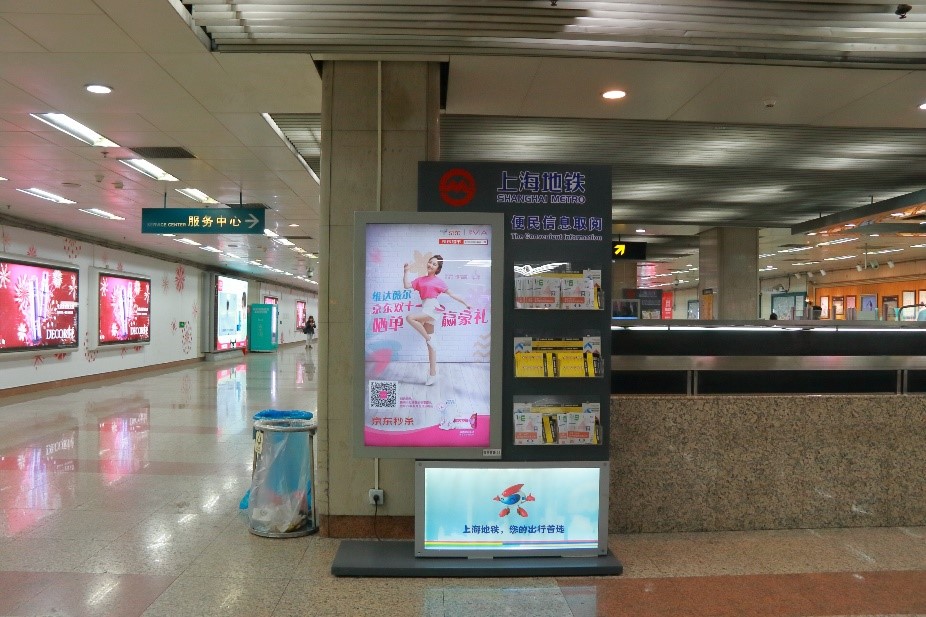 The high-end feminine care brand – Libresse made use of the fans strength of the ambassador Chen Man and the fashion media to attract traffic into the e-commerce platforms, and in conjunction with the strong resources in Kaola.com (考拉) and Tmall live broadcast, reached out to more than 10 million viewers. This helped to attract new customers quickly, accumulate fans for future development and successfully achieved sales growth. 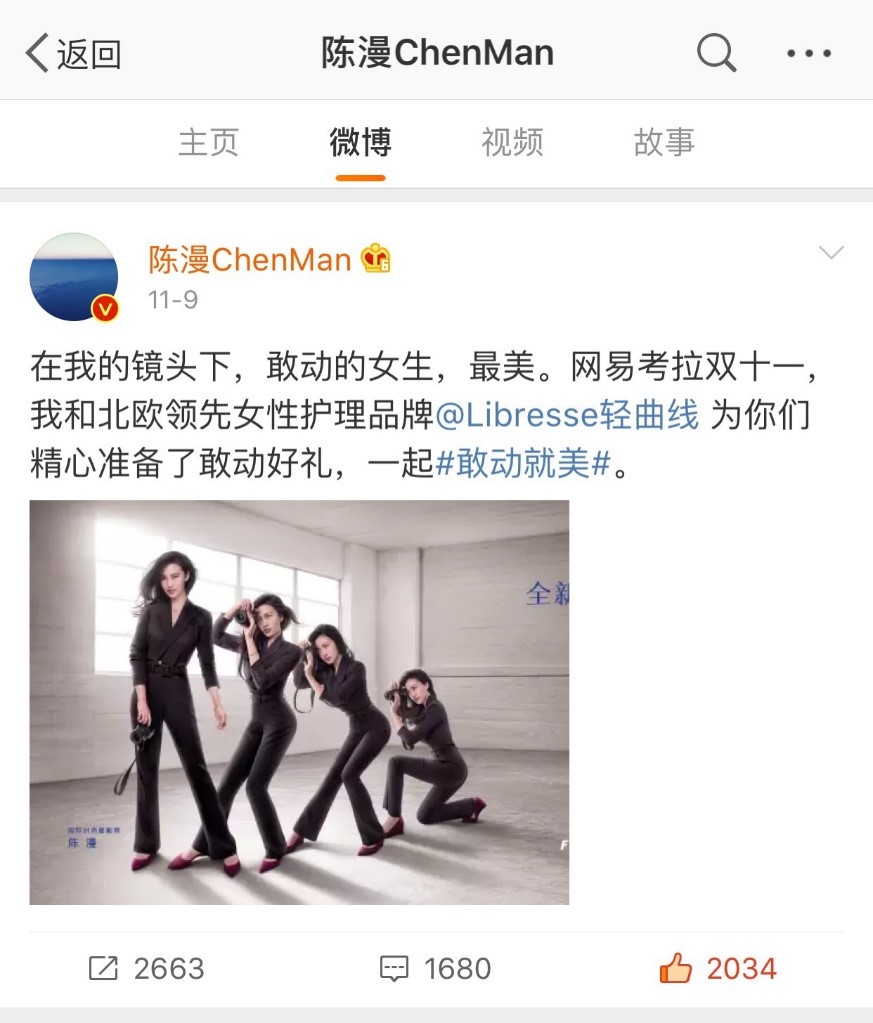 Alyssa Chia, Libero’s product ambassador, made her presence at JD.COM’ s star product night. The celebrity ’s pick boosted the sale of this best selling item, winning huge customer flow for JD.COM’s “supermarket” and “Baby & Mother” products. The flagship store at Tmall, which is a launchpad of wonders, rolled out three types of gifts, namely “Nordic Forest Theatre”, “The Box of the Nordic Exploring Bus” and “Nordic Hut” with an aim to enhance users’ experience of opening the boxes and exploring the gifts, boosting the purchase orders. Weitao, an e-commerce platform of Taobao, uses live stream to awaken its long-term fans and strengthens the interaction with its users so as to improve the coverage of good users and the repurchase rate.

TENA and  Dr. P, leading brands in the incontinence care industry, invited an influential KOL in Tik Tok to shot a short video of “aging challenge”. The video was posted on a big VIP account “si xiang ju jiao” in Weibo to draw people’s attention and was viewed 10 million times within 24 hours after its release. Meanwhile, Dr. P’s flagship store in JD.COM held livestream for several times to share the knowledge on uroclepsia, attracting nearly 100,000 viewers. This number set new record of most viewed livestream of adult diaper products in JD.COM. The effect of attracting new fans for the store was obvious, with the number of fans increased by 46%, as compared to the corresponding period.

To Promote Business Growth by Enhancement of Offline On-site Experience

During the period of 11.11, Vinda Group also took aggressive actions with its offline channels. The joint promotional campaigns of various products and megastores enhanced the on-site experience of consumers, which introduced various available-on-site interaction games for consumers so as to let the consumers to try their hands at its brand products and earn their favours. The stable development of offline channels has realized an intercross of consumption between online e-commerce and offline commerce, which not only enhances its brand assets but also throws new lights on its marketing.