Vinda Released “2017 Report on the Parent-child Relationship of National Families”: “Child as the Decision-maker” Became the Standard

While still claiming themselves as “babies”, what special approaches to parent-child communication do the post-90s have when they become parents? On September 19, Vinda released the “2017 Report on the Parent-child Relationship of National Families” (hereinafter referred to as the “Report”) in Beijing, jointly with JD supermarket, the Chinese Academy of Social Sciences Institute of Population and Labor Economics, Headlines Today - Headline Index. As the highlight of “Vinda Ultra Strong China Tour”, the Report, based on the concept of “expressing the joy of resilience by all family members”, provided a deep insight into the characteristics and evolvement of the way of the parent-child communication in new-generation families. It’s learned that this is the fourth consecutive year Vinda released the parent-child report. 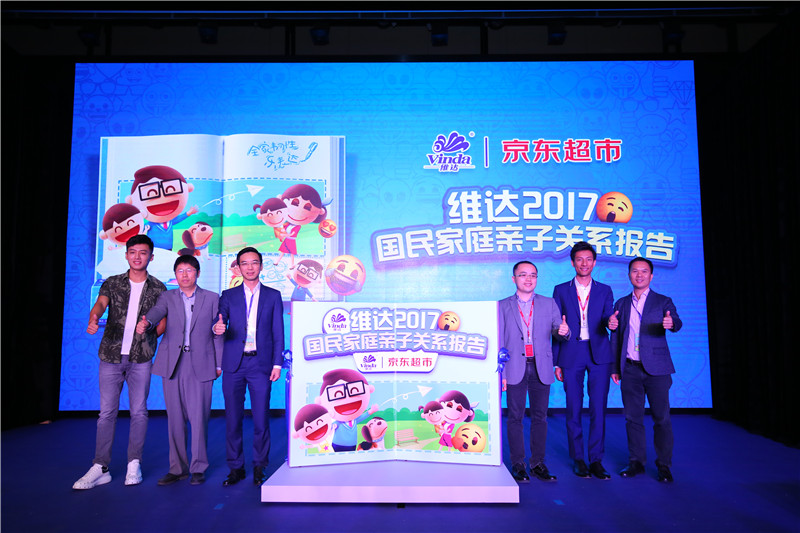 When talking about cooperation, a responsible person from the Consumer Goods Business Department of JD mall said, JD is committed to providing superior experience for consumers in China through ecological connections among users, platforms, products and brands and on the basis on quality contents. The cooperation with Vinda is based on the recognition of quality products, as well as on Vinda’s capability of creating quality contents on an ongoing basis. 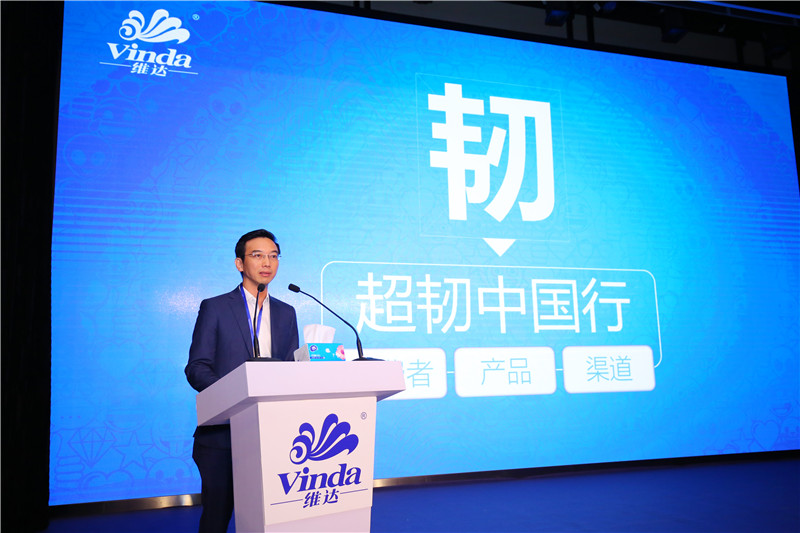 Mr TANG Hai Tang, President, Marketing- mainland China of Vinda Group, gave a review on the scene on the “Vinda Ultra Strong China Tour in 2017”. This is the fifth year for the “Vinda Ultra Strong China Tour” campaign. Vinda hopes to promote the brand as well as the development of resilience of Chinese families with the help of such a vehicle, and to facilitate the establishment of quality life by working with JD supermarket.

As the highlight of the event, the blockbuster theming parent-child communication and based on the Report unveiled. The film was created by Mr WANG Yi Bo, the delegated camera operator of the hot show “Where Are We Going, Daddy?”

The post-80s and post-90s, who grew up in a period when the "Family Planning Policy" was implemented, are emerging as the major force of families with kids. This trend is accompanied by the brand-new way of parent-children communication in Chinese families. According to the report, in "double-single family ", i.e. the family of which both parents were brought up as the single child, parents tend to express their love to their children in a more intimate and straightforward way. Parents of up to 59% of the double-single families not only kiss their children, but also say “I love you” to them.

The post-90s parents, who are the advocates of freedom, usually encourage children to express their views “with toughness”. More than 50% of parents will listen to the voice of their children during the decision-making process. Where there is a conflict of views, 57.4% of the post-80s parents and 63.2% of the post-90s parents are willing to leave the decision up to their children. In terms of parenting, big data released by JD showed that middle-class families tend to favour learning-related consumption. Among the group of families with annual income ranging from RMB200,000 to RMB500,000 and above RMB500,000, more than fifty percent hold the view that "it's not wise to save money on IQ development”. 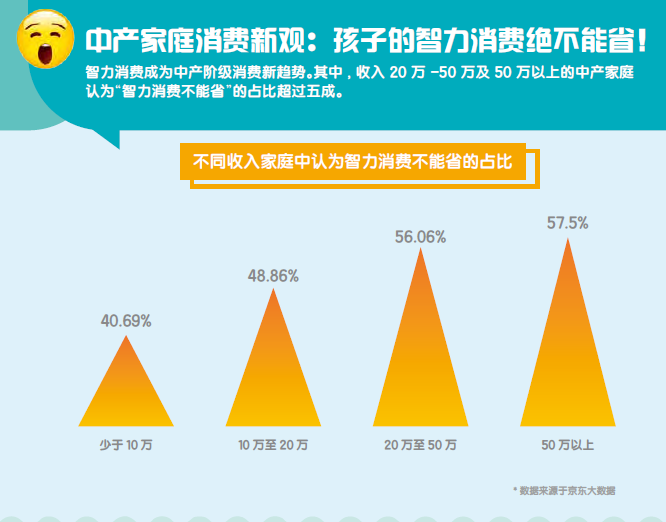 Mr WANG Guang Zhou, the expert of Chinese Academy of Social Sciences, when explaining the report, considered that looking for equality and liberty in the communication between parents and kids by the post-80s and post-90s is beneficial to kids’ growth. “The survey showed that the character of the kids who have been encouraged to express opinions is more comprehensive and the kids will be easier to be a part of the society. This is also the significance why Vinda promotes “expressing the joy of resilience by all family members”, Mr WANG said.

These statistics have been turned into reference by JD Supermarket. Serving a large number of middle-class families, JD Supermarket hopes to discover more needs from middle-class and young families to provide better contents and products and high-standard life experience to them by sharing statistics with Vinda’s Report.

Based on Report, the latest parent-child blockbuster by Mr WANG Yi Bo was officially released. According to the information, the representative views had been picked up to integrate into pictures of Chinese parent-child communication and draw the outlines of parents and kids in the families of new generation in this movie.  Mr WANG Yi Bo said that the aim of the cooperation with Vinda is to present more and interesting expression and communication ways between parents and kids and motivate Chinese families to build a free and equal communication environment.

As a national parent-child activity of Vinda once in a year, the “expressing the joy of resilience by all family members” themed Ultra Strong China Tour this year, invited Jiang Xin, a well-known actress called as “walking emoji package”, to play the role as Vinda’s chief officer of joy expression. With the bringing of using emoji, a worldwide language, the activity held 64 family carnivals in over eight big cities across China, which not only provided a platform for Chinese family to express their joy, but also accomplished interesting parent-child interactions, such as the first giant hand-drawing emoji of paper towel made by parents and children as gifts for Mother’s Day, mothers and their children together doodled on emoji wedding dresses made of paper towel and brought dresses online for showing. To promote intimate expression between parents and children, Jiang Xin started a “resilient emoji package competition” to all attendees during the activity.

Vinda is closely bound with Chinese family and also has insight into new changes in parent-child relationship owing to “Ultra Strong China Tour”. Such insights were condensed into The Report under the joint research conducted by Vinda together with authorities and big date platforms, such as JD big data, population institute of CASS and TouTiao Index of Toutiao.com. While the Six Proposals of parent-child communication raising from The Report offered millions of families with reference for expressing joy and communicating with resilience.

The post-80s and post-90s have entirely different features in the aspects of communicating, parenting and consuming with the guys from previous generations since they have been parents one after another. After analyzed the changing of needs from new-born families, Vinda starts with providing valuable contents to consumers, takes emoji and Jiang Xin for IP, drive with premium contents and treats Ultra Strong China actions as vehicles for the purpose of encouraging new-born families to show the love bravely, building both-way communication environment and promoting the Strong development of Chinese parent-child relationship. 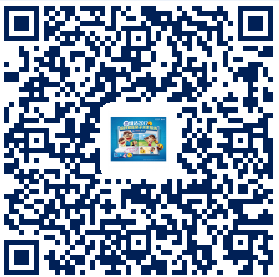