Vinda celebrated the start of its 4th Ultra-strong China Tour with a carnival in Chengdu on 8 May-Mother’s Day of the year. In this year’s China Tour, Vinda Ultra Strong tissue ties up with Disney Pixar’s Finding Dory movie release. One of the highlights was the carnival which featured ocean-themed Vinda tissue wedding dress show, designed to give visitors the feeling of being underwater!

With support of Institute of Population and Labour Economics, The Chinese Academy of Social Science and Babytree, 2016 National Parent-Child Relationship Report will also be kicked off. 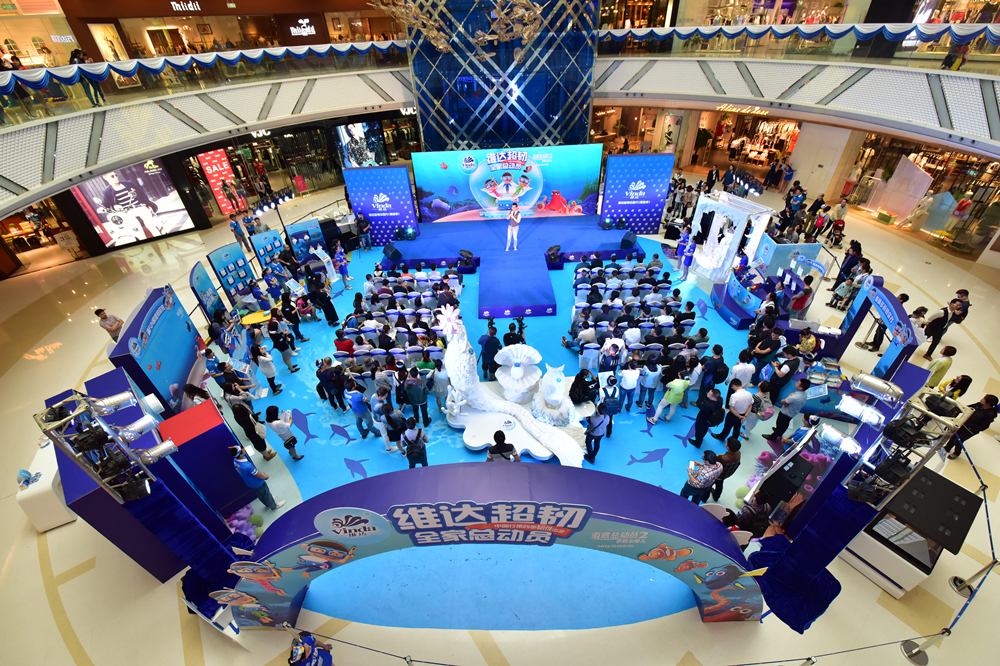 Vinda’s Ultra Strong China Tour is a large consumer engagement campaign in the household paper industry in terms of its scale and the size of audience reached. In 2015, we influenced 26 million families, telling them kids could get up stronger. This year, our focus moves to families growing together. We believe that family life is a mutual growth experience for both parents and the child.

Vinda Group’s Chief Marketing Officer-mainland China, Tom TANG said, “‘Strength’ is still at the heart of the parenting philosophy we try to convey. This year we communicate it more from the parents’ perspective.”

The upcoming Finding Dory is the sequel to the 2003 film Finding Nemo, one of the most successful movies. In the new film, Dory will set out to find her family accompanying Nemo and Marlin. The story, with a family theme which best fits the message Vinda aims at communicating through the China Tour, brings Disney and Vinda together.

Vinda continues to partner with Institute of Population and Labour Economics, Chinese Academy of Social Science and Babytree to investigate parent-child relationship in the new era.

This year Vinda’s China Tour is expected to last half a year, covering 19 cities in the country. While the unique Vinda tissue bus travels across China, Vinda will also organize 5 ocean-themed carnival in Changsha, Shenyang, Shanghai, Nanjing and Shenzhen.